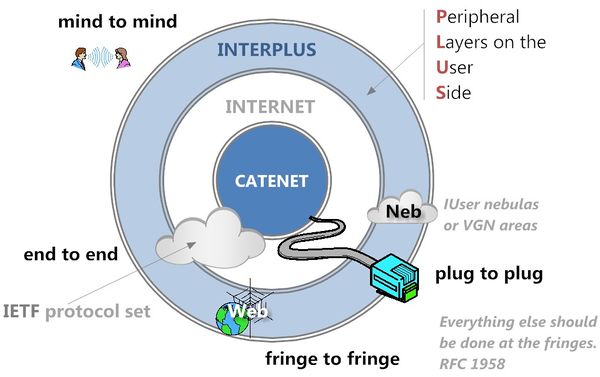 The origin of the nebula concept
"I recall first hearing the term “Cloud” in the context of Tymnet sales. It was to suggest that the geographic location of the data was no longer a limitation. This was in contrast to earlier situations where IBM assumed that a person sitting before a computer terminal was employed by whoever operated the computer to which the terminal was connected. Of course a given terminal, like any IO device, was connected to just one computer, at least for months at a time. The IBM 3270 was introduced in 1970. Its configuration options presumed that most terminals were in the same building as the computer to which they were attached. There was a somewhat expensive option to buy a remote controller for a batch of terminals in another city but in addition to paying for that remote controller you had to lease a voice grade circuit from the phone company at $2 per mile per month.

The cloud broached the idea that a terminal could connect to different computers at different times and thereby connect to various data bases. A person at the terminal might access data from a variety of organizations. This was possible earlier by the idea of connecting a terminal to a computer thru the phone company. This provided a logical crossbar but at considerable expense of toll calls. Tymnet, and later Internet would supplant the long distance telephone calls and the specialized controllers.

Tymnet sales sold a service to institutions who wanted their data service to be widely available to whoever had one of the new inexpensive ASCII terminals. Tynmet would install a Tymnet node next to their computer that could already talk over the phone with toll charges, and suddenly people all over the United States, and a few international cities, would be a local phone call from their data.

The National Library of Medicine was an early adopter of this paradigm. Their charter was to make their computerized data easily accessible to hospitals and more generally the medical profession." 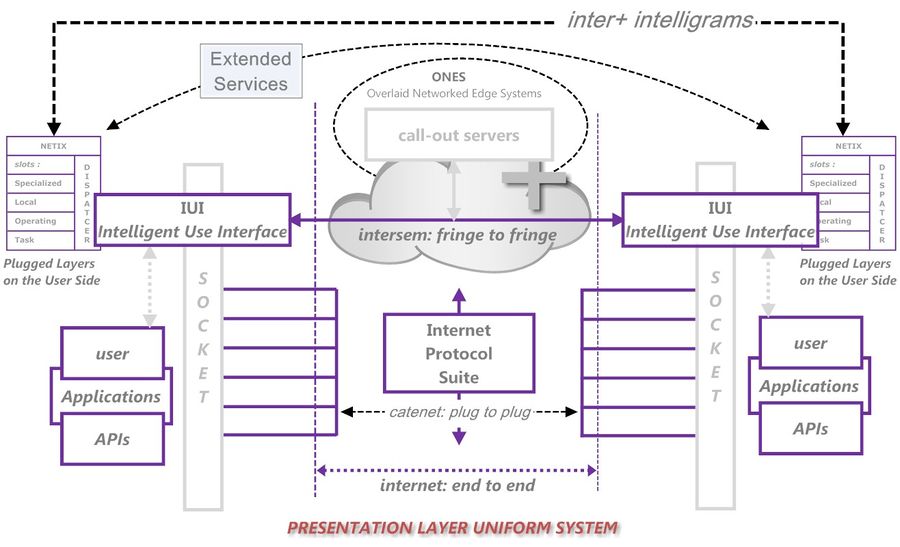 General schematic presentation of the PLUS architecture using the internet/catenet basis.

The target of the FTF.TF is to help component research, design and development cooperating projects towards "runing code in stable living mode" among members of the XLIBRE RFC 6852 global community.